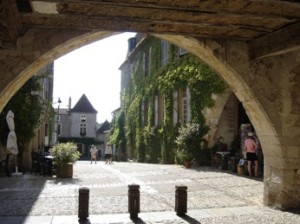 Our “Insights” pages provide essential information to assist in the enjoyment of your French experience.

The Mysteries of French Kissing – Uncovered

Researcher, Gilles Debunne, has investigated the demographics of how many times a French person kisses the other’s cheeks.  He’s produced a map giving the geographical explanation for how many cheek kisses (bises) should be administered. The map was developed from a poll Debunne conducted with over 18,000 French people across the French departements.

One kiss is only common in two departements: Finistere in far west Brittany and Deux-Sevres in Poitou-Charentes.

Two kisses is the most frequently occurring custom throughout most of the rest of France except for where:

Three kisses are the norm in the south east as well as other Poitou Charentes departments (Vienne, Charente).

Four kisses are preferred in a large area of northeastern France as well as in the north east arrondissement of Paris.

Last thing,  you offer your right cheek first in the kissing greeting.

The following interactive map shows where you can find out how many kisses is appropriate by department:
http://combiendebises.free.fr/

Turning the Other Cheek

The issue of how many cheeks to kiss has gained further momentum.  A campaign has started in Brittany to adopt a “single kiss”.  The GRUBUB association claims that multiple kissing – a gesture called “faire la bise”, has gone too far and that its exponential growth is barbaric. In a “tongue-in-cheek” comment, the association insisted that the guardians of the “single kiss” were “not reactionary or political, even if they know this is one of the most important issues of our time”.

The Eiffel Tower was officially completed in Paris on 1 April, 1889 after 2 years, 2 months, and 5 days of construction. It stood as the gateway for the 1889 Exposition Universelle (World’s Fair) in honour of the 100th anniversary of the storming of the Bastille, and to this day it continues to make an impact on the world’s conscious.

Here are 13 cool facts about the Eiffel Tower that everyone should know.

1. The Eiffel Tower wasn’t the brainchild of Gustav Eiffel. Instead, his senior engineers Maurice Koechlin and Emile Nouguier designed the building. Gustav Eiffel wasn’t overly interested in the project, but sent the engineers to the head of the company’s architectural department, Stephen Sauvestre. With Sauvestre’s edits, Eiffel got behind the final plans and bought the right to the patent. 3. The tower was built as a symbol of modern science, or as Eiffel himself said, “not only the art of the modern engineer, but also the century of Industry and Science in which we are living.” At the time that the tower was being built, another technology was also in its infancy phase — photography. As the tower was built, many photographers captured series of photographs to show the tower’s construction.

4. At the time of its construction, the Eiffel Tower was the tallest building in the world. It wasn’t until 1930 when New York City’s Chrysler Building rose up to 1,046 feet that the tower lost that title.

5. The Eiffel Tower’s elevators weren’t operational at first. On May 6, fair goers were allowed to enter the tower, but the 30,000 visitors had to climb 1,710 steps to reach the top. The lifts finally entered service on May 26.

6. Parisian residents originally hated the Eiffel Tower, calling it an eyesore. Newspapers received angry letters that said the tower didn’t fit into the feel of the city, and there was a team of artists that rejected the plan from the get-go. One apocryphal story says that novelist Guy de Maupassant said he hated the tower, but ate at its restaurant every day for lunch. When he was asked why, Maupassant replied it was only place in Paris he couldn’t see it.

7. It changes height by the season. Because it’s made with puddled (wrought) iron, the tower’s metal expands when exposed to the summer sun, causing the structure to rise by as much as 6.75 inches.

8. The Eiffel Tower was only meant to stand for 20 years, but the French military and government began using it for radio communication and later telecommunication. When the permit expired in 1909, the City of Paris decided to keep it.

9. The Eiffel Tower has stood up to quite a lot during its lifetime. It transmitted radio signals during WWI, and during WWII the elevator wires were cut so that the Nazis could not use the tower (after Allied troops entered the city, the elevators were fixed). It even survived a fire on its top floor, and over 250 million visitors from around the world climbing on it.

10. The tower is not painted one uniform colour. To counteract atmospheric perspective, the tower is painted darker at the top and becomes gradually lighter towards the bottom.

11. Speaking of paint, every seven years, 50 to 60 tons of paint are applied to protect the tower from rust.

12. It’s not just a tourist attraction. The Eiffel Tower has housed a newspaper office, post office, scientific laboratories, a theatre, and the first level becomes an ice rink every year.

13. It is the most visited paid monument in the world, attracting almost 7 million visitors every year (75% of whom are from other countries). In 2015, an Australian woman claimed the top prize at a stair climbing competition in Paris. Her climb of the 1,700 steps up the Eiffel Tower took just under 10 minutes. Suzy Walsham is a professional tower runner and also has won a similar race at the Empire State Building earlier in the year for the sixth time.  A journalist noted that Suzy was Eiffel-ly fast !