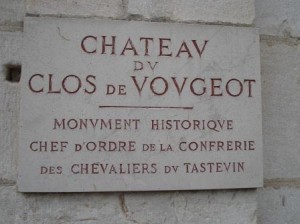 The best region is arguably the Cote d’Or, with the exceptional Pinot Noir produced in the Cote de Nuits in the north and both Pinot Noir and Chardonnay in the Cote de Beaune. The whites of Chablis are more acidic and austere reflecting their cool climate origin while those in the Macon are much riper. The whites of the Cote Chalonnaise drink well when young. The best wines are easy to spot by their Grand Cru and Premier Cru designations – whether you can afford them all the time is a different matter.

Located in the east of France, Burgundy runs for nearly 400 kms, from Auxerre in the north, all the way to Lyon (including the Beaujolais region, technically part of Burgundy, but sometimes referred to as a separate region). Burgundy has 100 appellations, more than any other region.

The appellation of Chablis is in the north of the region close to Auxerre (Chablis is not shown on the map).  Just south of Dijon begins Burgundy’s most famous region, the Cote d’Or (literally, golden slopes) which is split into two regions, the Cote de Nuits in the north and the Cote de Beaune in the south. This area of Burgundy consists of 50 km of steep limestone slopes overlooking the Saone river and is less than 2 km wide in most places. Further south again is the Côte Chalonnaise and below that the Maconnais region. At the bottom of Burgundy, just north of Lyon is the Beaujolais region.

Due to its large size and varying geography, the concept of terroir is very important in Burgundian wine.

Located far from the coast, Burgundy has a continental climate characterised by cold, dry winters and cooler, often rainy summers. The weather can be unpredictable, meaning there is a great deal of vintage variation in Burgundy. Only the best locations are planted, with sites carefully chosen for maximum sun exposure.

Chardonnay is the most common white varietal in Burgundy, with wines from the Cote d’Or, Chablis, and Macon all 100% Chardonnay. Sauvignon Blanc and Aligote are also found in some appellations.

Pinot Noir is the only red varietal in all areas other than Beaujolais, where Gamay is planted.

As noted above, Burgundy has more appellations than any other wine region. To add to that, it also has a classification system tied into the appellation system, based on quality. The result is that knowing what you are drinking, or what you should be drinking, can be quite tricky.

Grand Cru – the best vineyard sites as defined under the AOC. 33 of Burgundy’s appellations are designated Grand Cru, 32 in the Cote d’Or and one in Chablis, representing about 2% of total production.

Villages appellations & Premier Cru: there are 44 appellations based around the wine growing villages that provide the appellation name. Within these appellations, some precisely defined plots (‘climats’) within the village are designated ‘Premier Cru’. Burgundy has over 600 of these Premier Cru climats, making up 10% of total production, with the non-Premier Cru Village wines making up 36%.

Regional appellations: there are 23 of these, accounting for the remaining 52% of production. These include generic AOC’s such as Bourgogne and Beaujolais.

The northern most region of Chablis is almost all Chardonnay. Being so far north means these wines are cool climate, and therefore higher in acid and drier than white Burgundies from further south. There is one Grand Cru appellation (Chablis Grand Cru) containing seven tightly defined, individually named climats, and one Premier Cru appellation (Chablis Premier Cru) with around 40 climats. Next in terms of quality is Chablis, the largest appellation, while Petit Chablis is generally lower quality wine from vines planted in outlying areas.

The Cote de Nuits, named for the village of Nuits-St-Georges, is around 20 km long and produces some of the most famous wines in the world.  It is almost all Pinot Noir with very few whites (Chardonnay) produced.

There are 24 Grand Cru appellations in the Cote de Nuits, with some of the famous ones being Romanee-Conti and La Tache, both part of Domaine de la Romanee-Conti (aka DRC, if you drink it all the time). There are a bucket load of Premier Cru as well, from villages including Vosne-Romanee, Nuits-St-Georges and Chambolle-Musigny. The Cote de Nuits Villages appellation is used for wine produced from five smaller villages and lies above the Bourgogne AOC in the hierarchy of appellations.

The Cotes de Beaune, taking its name from the regional centre of Beaune, is a limestone ridge around 25 kms long in the southern Cote d’Or. Pinot Noir is common in the north of the region, and as you head south the style becomes lighter and more subtle. Further south as temperatures warm up, the Cotes de Beaune produces some world renowned white Burgundies. This mix of Pinot Noir and Chardonnay reflects the varied geography and climate of the Cote de Beaune.

There is only one red Grand Cru in the Cotes de Beaune, Corton. The eleven white Grand Crus include names such as Montrachet and Corton-Charlemagne.

The Cote Chalonnaise is 25 km long and 7 km wide and lies to the south of the Cotes de Beaune. The primary varietals are Pinot Noir and Chardonnay, with some Aligote and Gamay also grown. There are no Grand Cru appellations in the Cote Chalonnaise, but there is plenty of Premier Cru among the five village level AOC. The most recognised AOC is Mercurey, known for both red and white wines. This AOC produces more than all the other Cote Chalonnaise AOCs combined.

Named for the town of Macon this region stretches for 35 km, south of the Cote Chalonnaise. Over 80% of the plantings are Chardonnay. Pouilly-Fuisse is the best known appellation and is known for good value Chardonnay.

Almost all red wine, Gamay, this region is located just north of Lyon. The wine is traditionally very light bodied and intended for consumption within a year or two. Best known for Beaujolais Nouveau (a marketing name) which is the first French wine released of the vintage. Beaujolais Nouveau became so popular that in 2001, poor quality wine flooded the market to meet demand and had to be destroyed due to consumer backlash.

To know what you are drinking, it is necessary to understand how Burgundy labelling works. This is just an overview, there are lots of complexities and exceptions, but this should get you started.

The simplest to decipher, as they are obligated to mention the wine is Grand Cru (like they wouldn’t). Generally, the label will just give the appellation (as well as maker, vintage etc) however in some cases, the Grand Cru appellations are broken into smaller climats, and the climat name may also be included on the label.

Will just contain the regional appellation, such as Bourgogne or Cote de Nuits.

Many towns in Burgundy used to have one word names, Chambolle and Gevrey for example. To increase the profile of their village, they added the name of their most famous vineyard, becoming Chambolle-Musigny and Gevrey-Chambertin. The most confusing example of this is around the Montrachet vineyard. 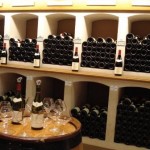 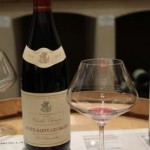