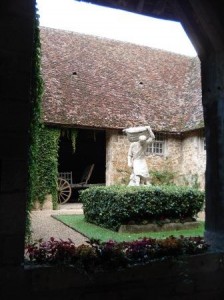 Bordeaux is a huge region with a large number of appellations. The variety of geography across the region means that the concept of terroir – the idea that the complex combination of soil, climate, location and local tradition define the style of wine, is particularly important in Bordeaux. Known for wines that are subtle rather than powerful, the gravelly soil to the west of the Gironde produces some of the world’s best Cabernet Sauvignon blends, while the richer, clay soil to the east some of the world’s most respected Merlot blends. A number of classification systems operate in the Bordeaux region, intended to highlight the best wines and chateaux, however these classifications can attract criticism and controversy.

The city of Bordeaux is a port city located on the south-west coast of France and the surrounding wine region is one of the largest wine producing regions in the world, second only to the Languedoc. The Gironde estuary dominates the region along with its tributaries, the Garonne and the Dordogne rivers.  On the left bank of the Gironde and Garonne, the soil is gravelly and well drained, while on the other side of the river the soil is more earthy, clay-limestone.

Proximity to the ocean and the large Gironde estuary help to moderate summer temperatures while keeping the season long, allowing time for the grapes to ripen. Temperatures over the past 10 years have been higher than average, with 2003 the hottest on record. Bordeaux is a humid area, providing grape growers with many challenges such as disease and irregular ripening.

Most of the wine produced in Bordeaux (nearly 90%) is red and most are blends. The main varieties are Merlot and Cabernet Sauvignon, with others including Cabernet Franc and Petit Verdot. As with red, white wines are usually blends and the most common varietals are Semillon, Sauvignon Blanc and Muscadelle.

There are 57 appellations in Bordeaux that can be divided into six AOC families with similar styles, based on terroir.

This area covers the left bank of the Gironde and Garonne,  where the gravelly, well drained soil is perfect for growing Cabernet Sauvignon. There are 10 AOC’s in this area, including the very famous Margaux.

There are 10 AOC’s in this area, with the most famous ones being Saint-Emilion and Pomerol . It is in the east of Bordeaux, on the right bank of the Dordogne, where the landscape and soil composition is varied. Merlot is the main grape variety here with Cabernet Franc also popular. Wines are generally more elegant and light than other areas of Bordeaux.

Cotes de Bordeaux is located on the right banks of the Garonne and Dordogne rivers on steeply sloping, clay-limestone soils. Merlot dominates, usually blended with Cabernet Sauvignon. There are 8 appellations in this area.

There are four AOCs  that cover the whole Bordeaux region, with the AOC relating to the style of the wine rather than the location. The four are Bordeaux, Bordeaux Superieur, Bordeaux Clairet and Bordeaux Rose. Wines can be white, red, rose or sparkling wines.

Sweet White Wines: These medium and sweet wines are made along both sides of the Garonne, also from Sauvignon Blanc and Semillon, but also sometimes from Muscadelle. The sweetness comes from botrytis cinerea, a disease which develops at the end of summer resulting in moisture being stripped from the grapes, thereby increasing their sweetness. The most famous of these 12 appellations is Sauternes. Dry White Wines: There are 12 AOCs across Bordeaux that produce dry white wines made from Sauvignon Blanc and Semillon.

If 57 appellations wasn’t enough to get your head around, Bordeaux also has a classification system intended to highlight premium quality wines within the region.

In 1953, feeling left out, the Graves appellation requested that the INAO classify the crus in that region. This work was finalised in 1959 and resulted in 16 chateaux being classified for red and/or white wine, all of which are in the Pessac-Leognan AOC. Unlike the 1855 classification, there is no hierarchy – the wines are known as Grand Cru.

In 1955 the wines of Saint-Emilion were also classified. Unlike the 1855 or Graves Classification, this classification is updated every 10 years or so, most recently in 2006. However due to legal action (allegedly impartial judges and chateaux that didn’t like being demoted), the 1996 classification has been reinstated for vintages from 2006 – 2009, although the chateaux that were promoted in the 2006 rankings managed to bring more legal action to keep their promotions! The current 1996 classification including the 2006 promotions comprises 15 ‘Premiers Grands Cru Classes’ and 58 ‘Grands Cru Classes’. Another 200 or so wines from the region carry the description ‘Grand Cru’, but this is related to the basic appellation rules and doesn’t mean much in relation to the quality of the wine.

First drawn up in 1932 for wineries in the Medoc that were not included in the 1855 Classification. A review of the classification in 2003 was overturned by the French government in 2007, again due to impartial judges and unhappy chateaux. Currently a project is underway  to reinstate the classification, which should be in place by 2010 for the 2008 vintage. 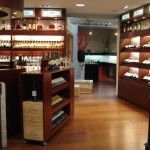 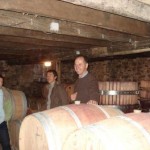